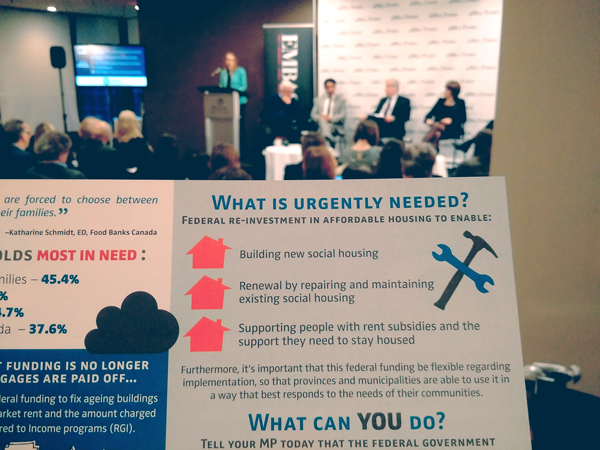 On January 26, CHRA and its housing partners, CHF Canada and CAEH, co-sponsored The Disappearing Middle Class, a Hill Times policy event in Ottawa. A distinguished panel of five authorities on income inequality addressed participants on the need for government to take a more aggressive stance on arguably the biggest economic and social issue of our time. Ricardo Fuentes-Nieva, Executive Director for Oxfam Mexico, spoke about Oxfam’s very recent report An Economy For the 1%, which states that the world’s 62 richest people own the same wealth as the 3.6 billion poorest people. Unsurprisingly, frequent links were made during the event to the need for greater investment in social housing as a means to reduce inequality.

CHRA was proud to support such a substantive and topical discussion amongst key stakeholders, including Members of Parliament, journalists, and like-minded non-profits.