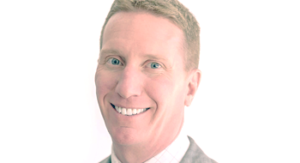 In an era where we’re all so busy and many of us suffer from information overload, I know what you must be thinking:  Another thing to read?  One more item on my to-do pile?  It’s true, there’s certainly no shortage of reading material available, even on a topic as specific as housing.  But the staff and Board at CHRA often hear from our members and non-members alike that they don’t always understand everything that is going on nationally in housing, nor even within CHRA itself.  So this new CHRA blog series is intended to be another tool in the communication toolkit to share ideas, information, and perspectives on what’s happening in the social and affordable housing space in Canada –and the more candid and direct, the better.

One of the questions I’ve been getting a lot lately is what is CHRA doing in regard to the National Housing Strategy.  You’ll recall that the 2017 federal Budget announced over $15 billion for programs in social and affordable housing over the next 11 years (programs that mirrored many of CHRA’s own recommendations made in 2016), and that these programs will be more fleshed out when the government unveils its full National Housing Strategy this fall.

For CHRA, the time leading up to the NHS announcement provides a relatively brief opportunity to share our thoughts and views with the federal government on how those investments announced in Budget 2017 should be spent, and what else needs to be included.  To do that, CHRA is currently finalizing two written documents.  First, we’re preparing a letter to the Minister responsible for housing, Jean-Yves Duclos, outlining implementation recommendations for the Budget 2017 announcements.  Second, we’re taking the feedback received at CHRA’s Indigenous Caucus held during Congress to prepare recommendations on a distinct urban and rural Indigenous housing strategy.  As our Board Chair Stephan Corriveau said at Congress, “there can be no National Housing Strategy without an Indigenous Housing Strategy”.  So we want to give the federal government a roadmap on what that should look like.  Once approved by our Board, CHRA will share both those documents with our members, hopefully no later than early July.

I should add we’re not doing this alone – we’re in regular contact with our stakeholder partners such as the Federation of Canadian Municipalities, the Co-op Housing Federation of Canada, and the Canadian Alliance to End Homelessness to align our ideas as much as possible.

From there, over the summer we plan to meet with CMHC officials, politicians, and other stakeholders to communicate and push for our ideas to be adopted.  With the Strategy scheduled to be released this fall (date unknown), the summer provides our last window of opportunity to shape the final version of the Strategy moving forward.

Before concluding, I want to extend a thank you to all the delegates, sponsors, speakers, and tour hosts who helped to make our 2017 Congress a success.  CHRA Congresses seem to get bigger and better every year, and that’s thanks to you.  I also want to thank my staff colleagues who put in countless hours to make Congress what it was.

I look forward to reading and hearing what thought leaders in housing have to share with us as part of this ongoing blog series.

Jeff Morrison is Executive Director of the Canadian Housing and Renewal Association.  Email him at jmorrison@chra-achru.ca.